After three prototype attempts, I have now perfected the Haunted Log and am ready to make it available. The Lantern is made of cardboard printed with an archival ink face. It is one piece that folds into the shape and is finished off with a wire bail & insert. There will be 20 made, and they are all hand cut and assembled by me. These look great with a flickering light or LED inside. The next lantern should be even better, I can't wait to get started on it! 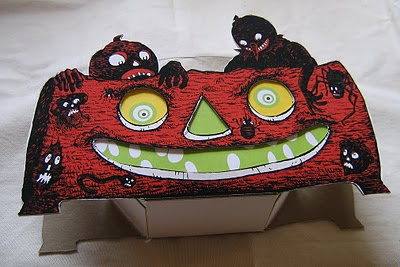 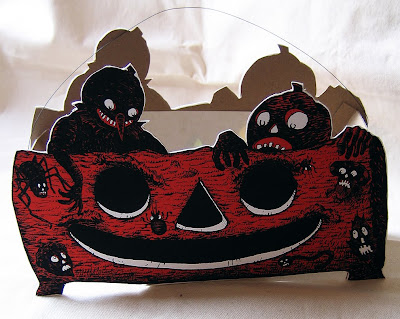 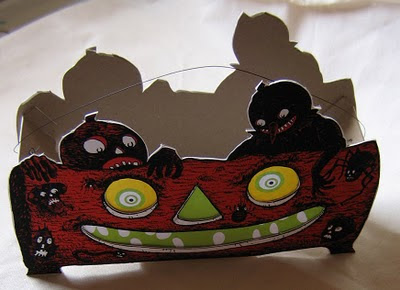 Because Michael Bonfiglio is just too damn good

Everything he does makes me smile, and often, it makes me jealous.

his work can be found at http://www.shiverbones.com/grotesquerie
Posted by Shiverbones at 11:10 PM No comments:

Hope to see you soon Conan. The 2 funniest things I have ever seen on network TV were on your late night show - Nipsey Russel narrating the story of the Turtle who wanted to be a muffin, and the new game show "Try to ignore the bear" you will be missed. Until you come back. Maybe on HBO?
Posted by Shiverbones at 9:46 PM No comments:

This is my newest set of limited edition hand made trading cards. Each uses the classic non-sports card formula of "Funny" caption with a creepy image. The backs are similarly based on the old standard of having really terrible jokes. Like the Spookshow Funnies set, there are 50 of each card being made, but no back variations this time, as I figured out a lot of the hiccups prior to printing these. The promo card is completely different though, there were 9 made, and it reflects my original idea of doing the backs similar to the SF set, but it just seemed like too much of a repeat so I changed it last minute.

The wrapper is used on a full set, and even contains a stick of pink gum! 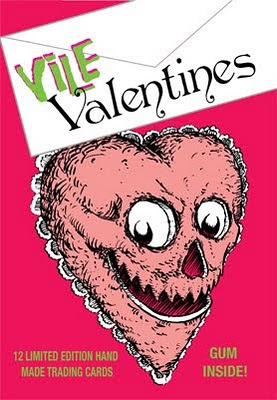 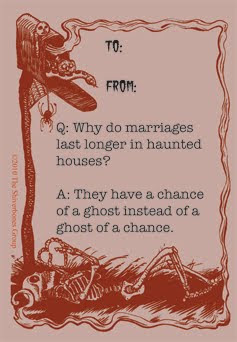 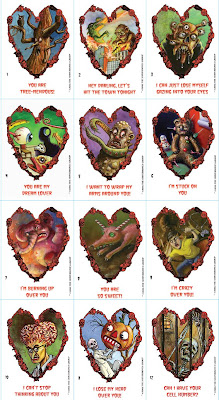 This is the back variation on the nine promo cards 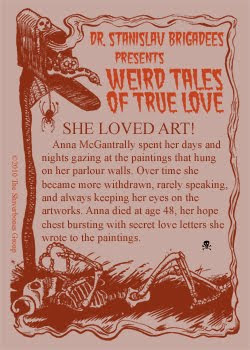 Posted by Shiverbones at 4:12 PM 4 comments:

I completed this one today, it is from an edition of 20-10 embossed and 10 flat. This was inspired by the rather elusive Beistle Cat pulling a Witch in a cart die cut. 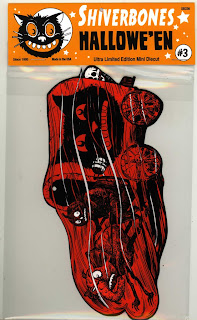 Posted by Shiverbones at 9:22 PM 2 comments:

Kathy Rodriguez
Posted by Shiverbones at 9:37 PM No comments:

The 4 things I wanted to be when I grew up

I have been thinking about this lately, maybe because I am still waiting to feel like I have grown up. In no order of importance, here they are: 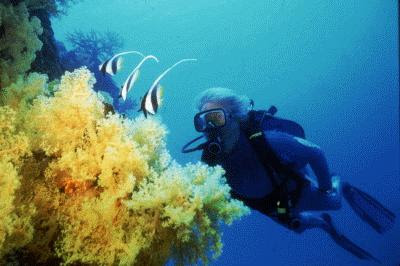 Oceanographer - I was mesmerized by the sea, loved to draw Moray eels and repeatedly checked out books from the library about Jellyfish attacks. I recently was so drawn to the "Deep Blue" while in the Gulf of Mexico, I nearly walked straight into the murky depths. I did see some jumping Manta Ray fellas, which was wonderful. I may not be done with this one...the siren song of the deep blue calls. 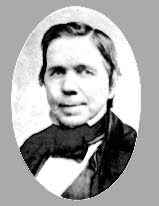 Entymologist: I walked around with a net hoping to catch dragonflies, tried to feed ants to the ant lions (though the funnels were usually empty, once I actually saw an ant lion! I almost popped!) and repeatedly checked books out of the library about insect attacks. Now I try to avoid insects, but sometimes I still watch them mill about doing their thing. 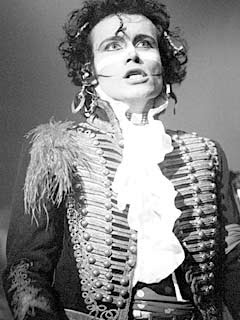 Adam Ant: Who wouldn't have wanted to be Adam! Maybe not the Prince Charming phase so much though. I came close to this one, I was briefly in an Adam ant cover band in my 20's. We were all to dress up like different versions of Adam. We only practiced 2 times but man I really had Press Darlings down.

Artist: Being sent to my room was a daily punishment for me, the reasons were interchangeable. I spent a lot of time drawing monsters, especially Godzilla being attacked by planes. In third grade I made my 1st book "Guinea Pigs All Around" It's terrible. I drew a film strip about wasps (See above) for the E.P.I.C. program in 4th grade, but was chided when I drew 7 or 8 frames in a row showing the effects of bee stings on different parts of the body. Not much has changed.

A Halloween game based on the classic Beistle games of the 30's & 40's has been something I have wanted to do for ages. I finally finished a prototype of my 1st one today, "Midnight Scramble". The goal is to get "Safe In Bed" before the clock strikes midnight. One hour is marked off on the clock after each round. I have a fortune game in mind next, but I really wanted to design a board game first. Here is a lousy pic of the finished product. The finished game measures 8.5" x 14.5". 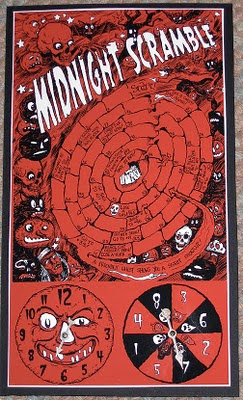 Posted by Shiverbones at 7:21 PM No comments:

This week I finished my newest postcard, this is vintage sized 3.5" x 5.5" and comes as a flat card (30 copies) or embossed & gilded (15 copies). I love the sub-genre of Antique Halloween cards that feature voyeuristic creeps looking in windows as well as cards that feature children peering out windows and seeing terrible sights. This was my entry into that category. I also decided it was time to put some rhyming verse on the front.

I also finished my first set of 3 mini die cuts. I have been wanting to make a line that are more affordable, so I came up with smaller portraits that are non-embossed. This was a tricky balance for me, I tend to overwork things & really wanted to do some designs in a more simple "Luhrs"-ish style. For me, the more realistic or polished a piece is, the less life and charm it has. The struggle to keep things a bit crude & charming rather than realistically rendered led to many false attempts & sketches before I found a balance I liked. These measure between 5" & 6" each, and I hope to have 30 different characters done in the whole set as time goes by. 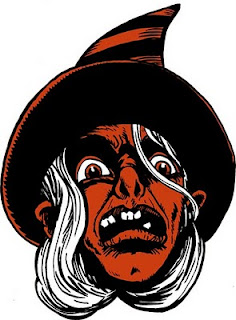 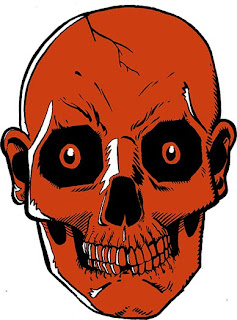 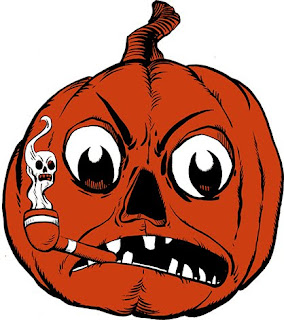 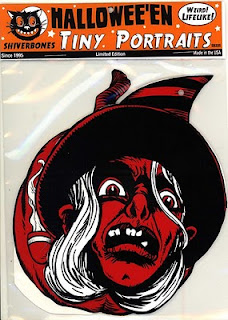 Posted by Shiverbones at 1:58 PM 2 comments:

The Spark Of The Rough

Here are some roughs of recent projects and the finished pieces. Often times I find the roughs to be more interesting in some primal way. The spark that ignites the initial sketch is almost impossible to bring through to the final piece. Maybe I should just do roughs :-) 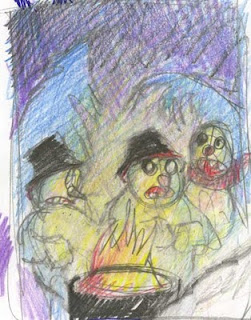 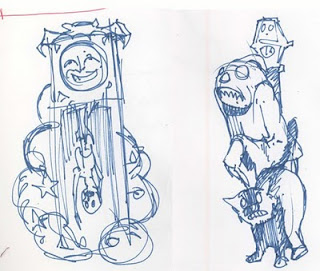 Posted by Shiverbones at 6:52 PM No comments:

The Horror of the Bath Tub

My friend Kevin O'Mara has created many of the most disturbing photos I have ever seen. This one is no exception. Take a look at his work, it's all wonderful, and sometimes, well... terrifying.

See his Photos here
Posted by Shiverbones at 11:11 AM No comments: